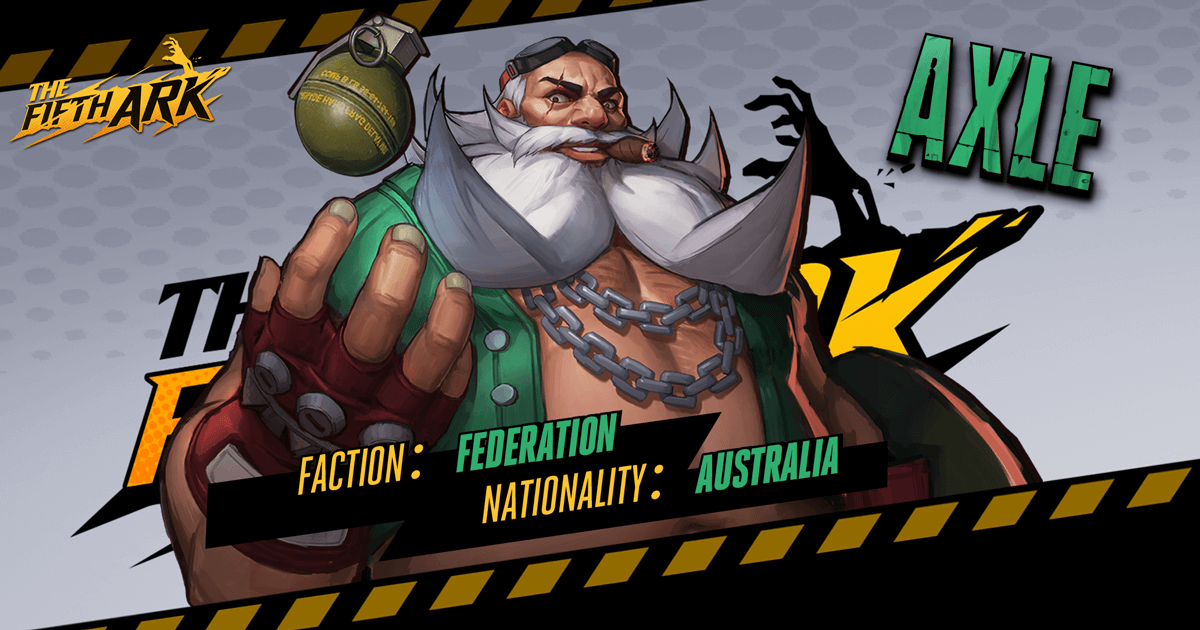 He is honest, genuine and says what's on his mind with his thick voice. He is all about loyalty and friendships, and not a cunning person.

Axle, who is almost never without a cigar, was a local gang member. Even though he quit as he grew older, he never gave up the sense of loyalty that he learned from the gang. After Reckoning Day, even someone as old as Axle picked up weapons to fight zombies alongside those in the Federation, determined to turn them into ashes.